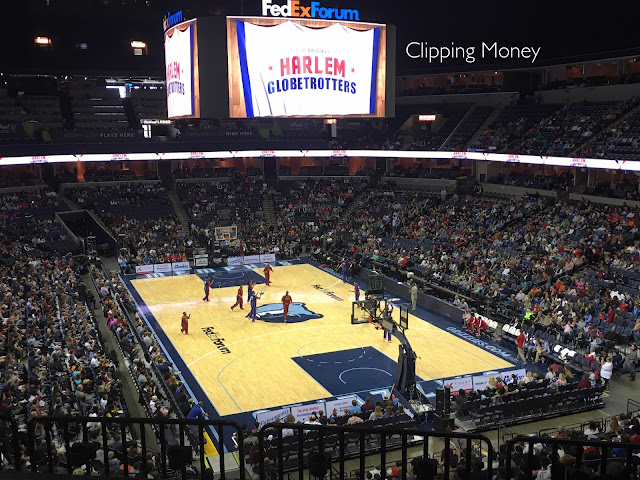 Wow! Talk about a fun family night out. Have you ever been to a Harlem Globetrotters game? If you haven't, I highly recommend going to see them.
Their 2018 World Tour will showcase incredible ball handling wizardry, rim-rattling dunks, trick shots, hilarious comedy and unequaled fan interaction. After the game, Globetrotter stars will sign autographs and take photos with fans. 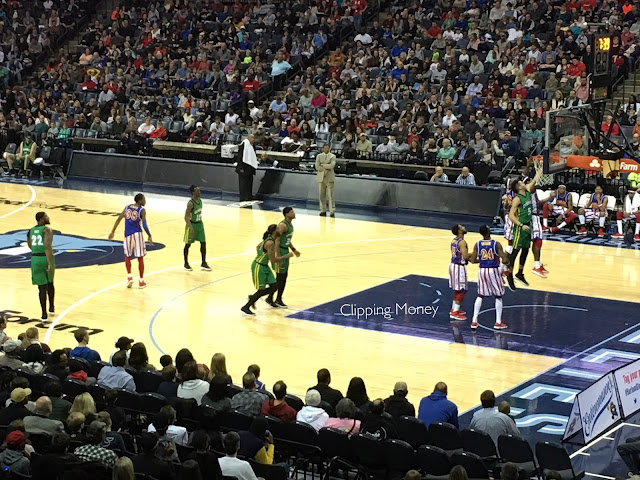 Their tricks are amazing! Going into the crowd to shoot the ball, flying in the air (or at least that's what my daughter says they do) to hilarious conversations, you are bound to have a great night! 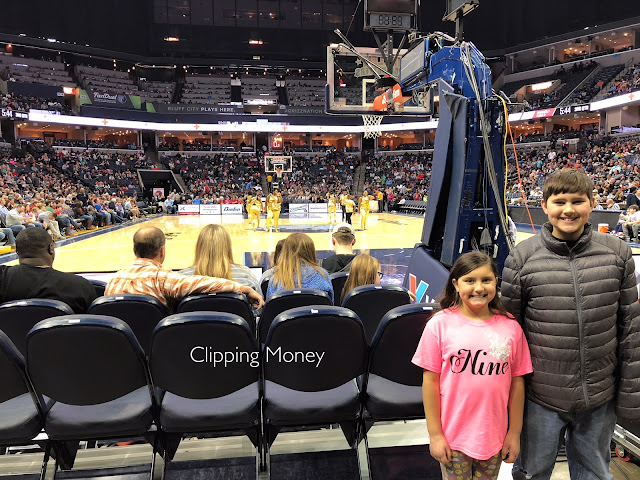 My youngest two wanted to go court side to get a picture. So on our way down to check out their merchandise, we took a picture. These smiles say it all. Can you see the excitement in their eyes? 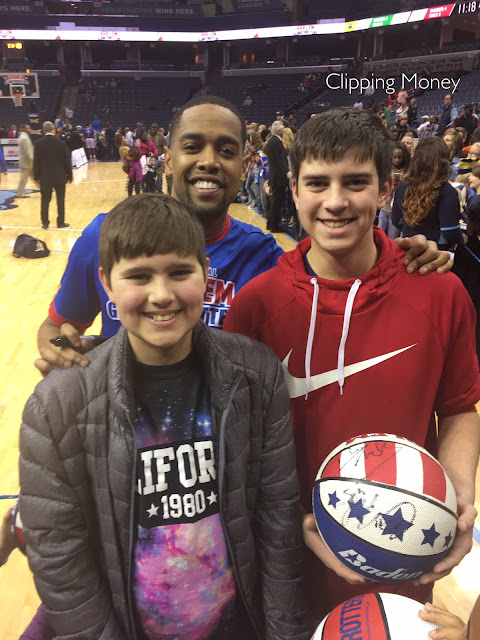 After the game, everyone was invited to come down and get autographs and pictures. I love how they take time after the game to come down and spend time with the fans. My boys have been trying to get all of their signatures for a few years now and they almost got them all. We were 2 short! 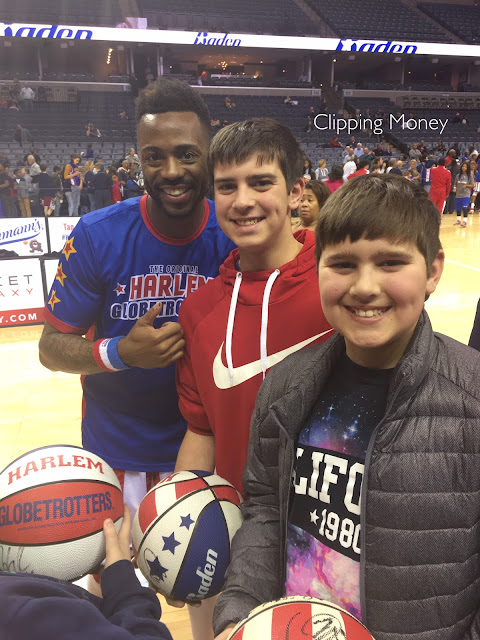 It's amazing how each of these players really make their fans feel appreciated. It does move at a fast pace on the court with signatures and pictures, but we are all racing around trying to get from one person to another. 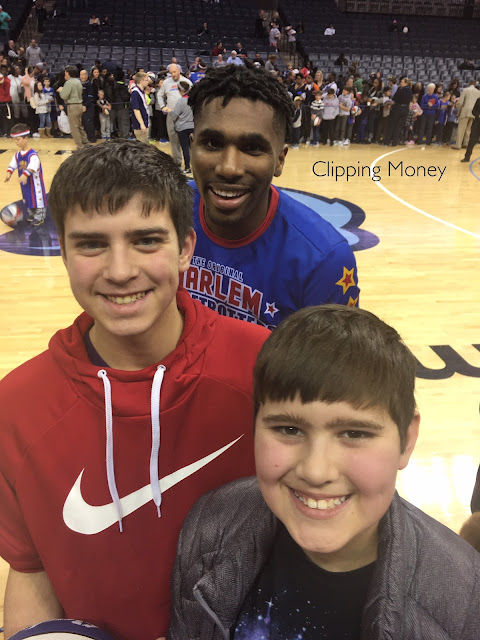 Tell me what other team does this after their game... 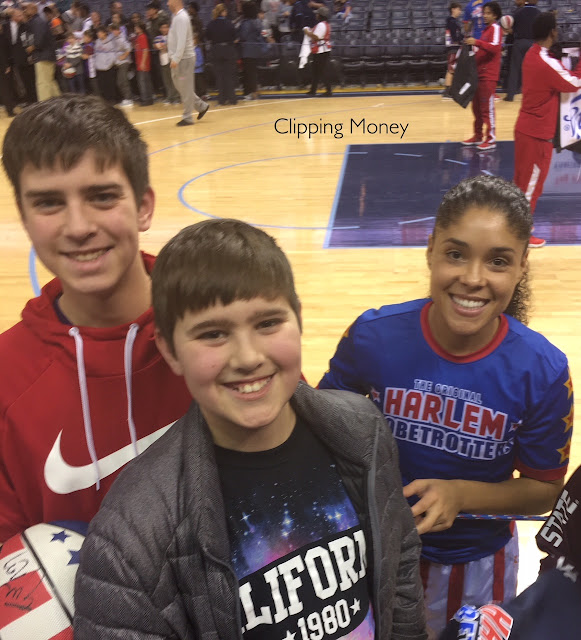 Honestly, check them out. We had a blast and we know you will, too! 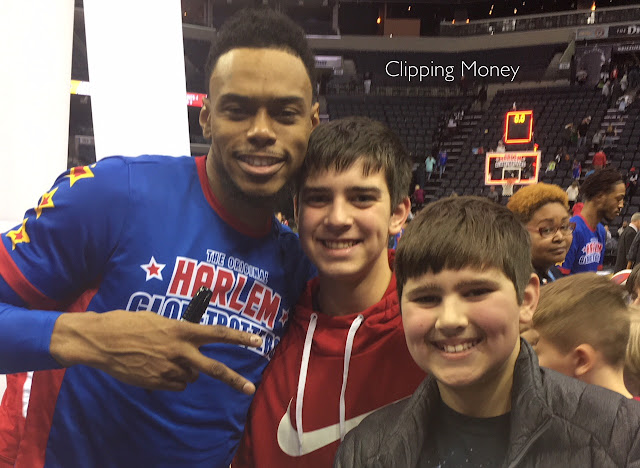 SAVE 25% for ALL Harlem Globetrotters Games with promo code FUNFAMhttp://harlemglobetrotters.com/tickets
Disclosure: We received free tickets in exchange for an honest review. All opinions are my own and may vary from yours. No other compensation was given.
Leave a Comment
submit a review Join our blog team

Proud Member of The US Family Guide Network